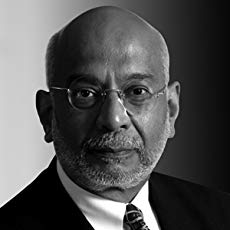 DHIRU A. THADANI, AIA is an architect and urbanist who has taught, practiced, and worked to place architecture and urbanism in the public eye.

Dhiru was born in Bombay, India and moved to Washington, D.C., to attend the Catholic University of America (CUA) from 1972-1978, where he received his undergraduate and graduate education in architecture. He has taught at several universities and actively lectures on urban issues the world over.

Since 1980, Dhiru has been the lead designer for many new development, urban retrofit, neighborhood revitalization, and infill densification projects. The projects range in scale from new towns for 500,000 inhabitants to smaller resort communities, as well as small-scale residential infill interventions in revitalizing neighborhoods.

He has created neighborhoods that are walkable, and contain a balance and diverse range of workplaces and housing. In addition, these new developments reinforce regional planning for open space, and feature architecture that is responsive to the culture, climate, and context.

Dhiru has undertaken several self-directed research initiatives to produce measured drawings and collect data on public open spaces, city plans, college towns, academic campuses, university related research parks, and the development of Washington, D.C. The methodical research has developed into an expertise in these fields, which has been incorporated into several award-wining projects. Between 2004 and 2008, Dhiru received four CNU Charter Awards for projects that he was instrumental in designing. These include: the master plan for Vedanta University, Orissa, India, a new university to serve 100,000 students; a vision plan for the City of Long Beach, Mississippi, one of many cities along the gulf coast which was destroyed by Hurricane Katrina; master plan for the college town in Lexington, Kentucky; and for the revitalization plan for Macon, Georgia.

Since its formation in 1993, Dhiru has been a charter member of the Congress for the New Urbanism (CNU), and was appointed to the board in 2005. He is a 2001 Fellow of the Knight Program in Community Building.

He conceived and co-edited the following publications: 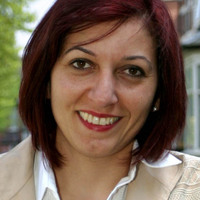 University of Greenwich Architecture and Construction

Dr Nasser is an architect and academic with an interest in the influence of culture on urban form and design. Her doctoral thesis examined the historical and cultural processes attributed to Islam-dominant dynasties in the development of the walled city of Cairo. These processes were re-considered in light of the degradation of historic Cairo due to a lack of conservation planning and unchecked heritage tourism to provide a framework for urban regeneration. This work was developed further at post-doctoral level to explore the influence of Muslim minorities on the changing urban morphology of British cities. As a Visiting Scholar at the University of California, Berkeley, Dr Nasser organized a transatlantic conference on Islamizing the Cosmopolis which will form the basis of an authored book.

More recently, she has widened her research to examine other UK-based minority cultures and their adaptations of urban spaces through community-led consultancy projects.

In addition to her membership of the Urban Morphology Research Group (UMRG), she is a member of the International Seminar on Urban Form (ISUF).

Ana Vasilache is architect and urban planner, with  extensive experience in the design and facilitation of participat 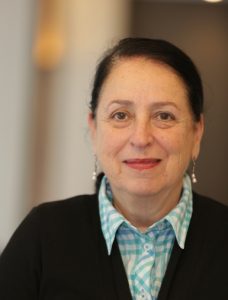 As trainer and international development consultant, she has built the capacity of  many trainers and facilitators from Romania, CEE and SEE, West and East Africa, Central and South Asia countries. The capacity building programs focused on fields of interest for democratic governance and leadership, such as Strategic Participatory Planning and Conflict Management, Leadership and Management of Local Governments  and Public Services, Local Economic Development or Advanced Training Skills.  Ana received UN HABITAT Scroll of Honor 2000 for her dedication in improving urban governance in Romania and Central and Eastern Europe.

Using her knowledge and skills in the design and facilitation of participatory planning processes, in collaboration with Ronald MacLean Abaroa, former Mayor of La Paz/Bolivia, Ana developed and disseminated in more than 12 CEE/SEE countries and 30 local governments, an innovative Anti-Corruption Methodology „Islands of Integrity™”, which involves in the solutions elaboration those who contribute to the problems creation. The Anti-Corruption Methodology received recognition by UN Public Service Award 2011 and is included in many manuals, translated in many languages, as well as in training courses at The Hague Academy for Local Governance and IACA – International Anti-Corruption Academy, Viena.

Ana is the Founding Executive Director of FPDL – Partners for Local Development Foundation, a Romanian NGO which played for more than two decades an important regional role in promoting good governance and democratic leadership.  In 2016 FPDL merged with the Romanian NGO „Alaturi de Voi – Romania Foundation”.

Ana is the author of training manuals, guides and brochures in the fields of urban management, strategic planning, ethnicity and conflict, conflict management, negotiation and interpersonal communication. She is among the first in Romania who promoted, as graphic recorder and graphic facilitator, the visual thinking methods in problem solving and strategic planning processes. https://www.facebook.com/anagraphicfacilitator/ 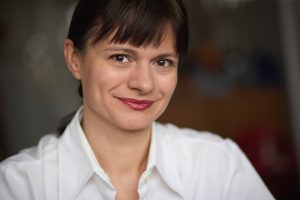 Her research and teaching focus on urban design theory and practice, and on recreation and open space planning and design. Major research foci include the issues of public and open space planning and design for sustainable urban development; the role of leisure, culture, sport and tourism in urban regeneration; the role of urban recreation and public art in placemaking and community development; and urban design education and pedagogy. Shehas been involved in several international and national research projects and published numerous research articles, conference papers and book chapters.

Tom re-joined Edinburgh Napier University (in Scotland, UK) as Professor in Transport and Director of its Transport Research Institute (TRI, www.tri.napier.ac.uk) in January 2015.  Before this, he worked for 2½ years as a Professor at the Division of Transport and Roads, Lund University in Sweden; whilst there, he also successfully started up Sweden’s new National Knowledge Centre for Public Transport, K2, as its Director.  Since he left, the Centre has gone from strength to strength.  He has degrees in Geography, and Spatial Planning, and a PhD in Mobility Management. He also worked at Edinburgh Napier University from 1996-2012 but alongside academia, he spent much time seconded to consultants and local government, as well as on projects for Scottish and UK Governments and the EC.  His specialisms are transport training, mobility management, comparative transport policy evaluation and implementation, parking policy and planning for public and slow modes of transport.  In his spare time, Tom enjoys ski touring, vegetable gardening, road and mountain biking, climbing, the company of his 8 year old twins, real ale, playing saxophone and ukulele, lindyhop dancing, learning other languages, and topiary. 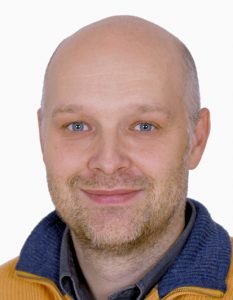 Robert Pressl is employed by Austrian Mobility Research FGM-AMOR since its founding in 1993. He has a University degree in Geography. The main fields of work are active transport, parking management, mobility management and marketing, innovative transport concepts, as well as project developer, coordination, know-how-transfer and dissemination of EU-projects. He gives regular lectures at the Karl Franzens University in Graz and all over Europe within training activities regarding SUMP, parking, use of public space, communication and active transport. He produces video clips on good practise case studies in the field of urban transport.

Author / Co-author of several handbooks and manuals on mobility management and travel awareness as well as on video clips of sustainable urban mobility measures for the Eltis. 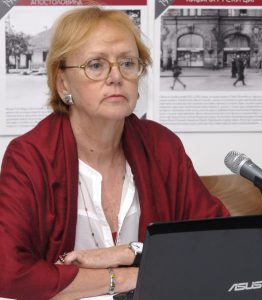 Institute for Architecture and Urban & Spatial Planning  of Serbia – IAUS

Dr Mila Pucar worked in Banjaluka in the design studio as an independent architect, after which she worked in the Institute for Planning and Management Systemsin Belgrade,as a researcher and architect. Сince 1980had been working at the Institute of Technical Sciences (SASA) as a researcher and architectа andsince 1994sheworked in the Institute for Architecture and Urban Planning in Serbia. At this Institute  she has had the title scientific advisor and professional title of leading planner and architect.Since retirement he has been working at this Institute as a permanent external associate.From 2010 to 2016 she was president of the Master Committee for Transportation, Urban Planning and Civil Engineering of the Ministry of Education and Science and Technological Development of the Republic of Serbia (MESTDRS). Mila is full member of the Academy of Engineering Sciences of Serbia (AESS). She has been presented with several awards and recognitions by professional and scientific institutions.

Mila has participated in educational activities as a guest lecturer (Faculty of Architecture in Belgrade and Niš; International Summer School-International Workshop Information and Technology Transfer on Renewable Energy Sources for Sustainable Agriculture; Summer School of Urban Planning in Šipovo, Tara, Kruševac and summer school in Bač). Mila has lectured in specific subjects at the Faculties of Agriculture in Belgrade and Architecture and Civil Engineering in Banjaluka, where she taught to postgraduates Bioclimatic Architecture. She also lectured to Master’s students in Podgorica and to PhD students in Niš. She has mentored and co-mentored many PhD and Master’s dissertations as well as having been a member of numerous commissions for the marking and defence of master’s and PhD dissertations at several faculties.

Mila researches topics in the field of energy efficiency and implementation of renewable energy sources in construction, bioclimatic architecture and urban planning, environmental protection, sustainable urban development, new methodological models for establishing resilient cities etc. She was the leader of many national projects. She has authored 3 patents and co-authored 13 more. Mila has given 35introductory lectures or lectures by invitation. She is the author of the monograph “Bioclimatic Architecture – Sunrooms and Passive Solar Systems”, IAUS, 2006. She was co-author of the monographs “Bioclimatic Planning and Design – Urban Planning Parameters”, Zavet, 1993 and “Sustainable Development of Tourism in the European Union and Serbia”, IAUS, 2011. She is a member of international and national scientific associations and editor-in-chief of the journal Architecture and Urban Planning(Arhitektura i urbanizam) (IAUS)anda member of the editorial-staff of Spatium (IAUS).

Mila has participated in the design of several spatial, regional, detailed regulation plans and general plans. She has authored/co-authored 37 conceptualand main projects and 18 realized projects. She has participated in 9 architectural competitions and won 8 awards. Under the direction of Academics Branko Žeželj and Milan Pajević, she worked on developing a prefabricated SYSTEM 50, in which many buildings were designed and constructed throughout all the republics of former Yugoslavia.